Vicky Machen is a complete T9 paraplegic and uses a manual wheelchair. She can transfer independently without the use of slide boards or a lifter and she uses a static shower chair. Vicky built her current home with her partner in 2012. Vicky had a number of objectives when building her home: 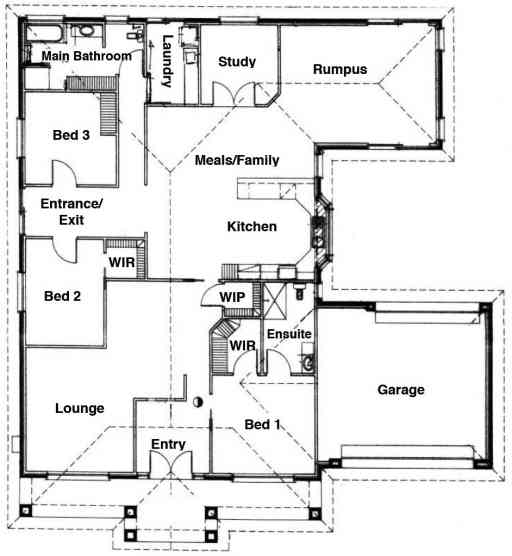 The ensuite is very large measuring almost 4m x 2m. There’s no shower screen at all and a strip drain has been used as it drains water away very quickly. Vicky very highly recommends the use of strip drains as they drain water away very quickly, however she also gives the floor a quick mop after having a shower. The ventilation from the window means the floor dries very quickly, however Vicky does wish she’d lowered the window so it’s easier to open and close. There is a handrail next to the toilet. The vanity is wider than the basin and there are drawers on the side. There aren’t any cupboards under the basin so Vicky can slide underneath. Vicky also had the mirror lowered. In the main bathroom there aren’t any handrails installed however it’s still big enough for Vicky to be able to access the toilet and the shower is so big that she can wheel her wheelchair inside. 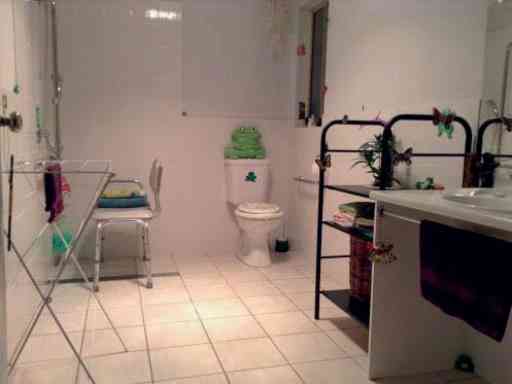 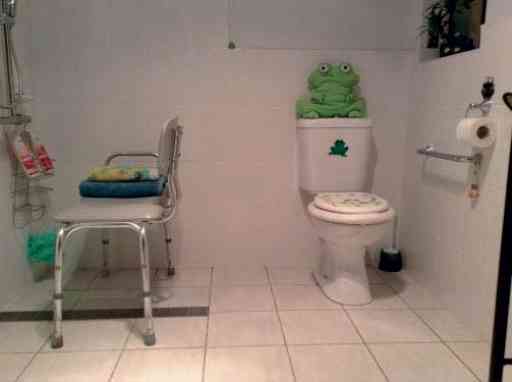 In Vicky’s kitchen the benchtops are all at the standard height as Vicky normally cooks using an electric hotplate on an overway table. Vicky says she’s a “simple cook” and this is more than enough for her to use. She had power points installed at the end of the bench top to use her hotplate.

The doors under the kitchen sink can be opened and these then slide back underneath the benchtop so Vicky can access the sink. The microwave is in a niche and there is a pull-out shelf underneath it and then pot drawers underneath the shelf. Overall the kitchen is very large and she says that’s good because you can have three people in the kitchen without falling over each other all the time. 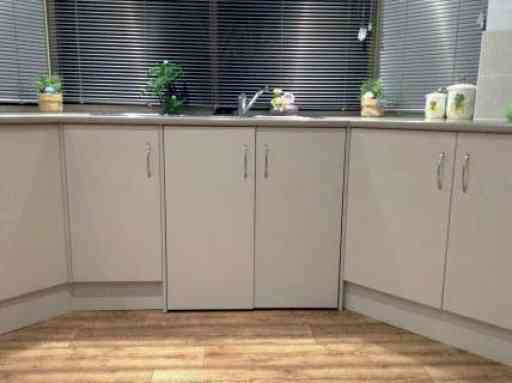 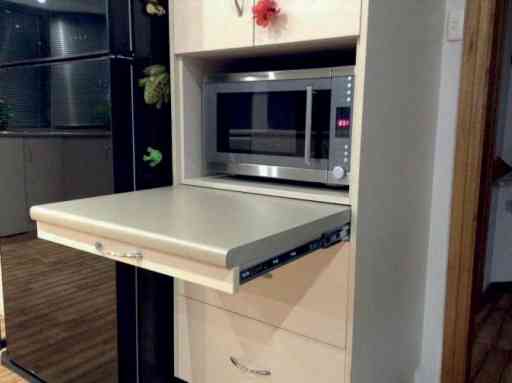 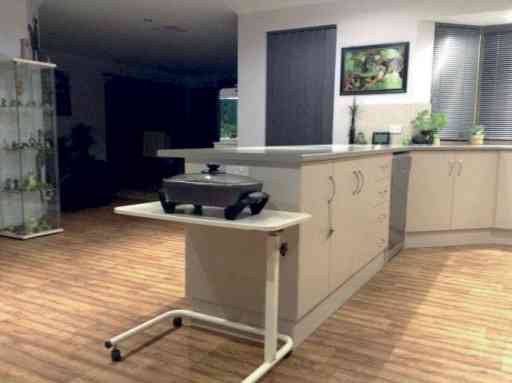 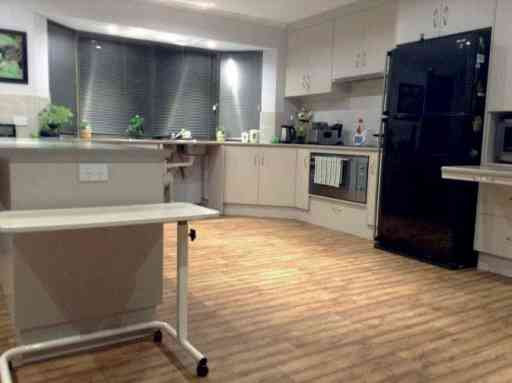 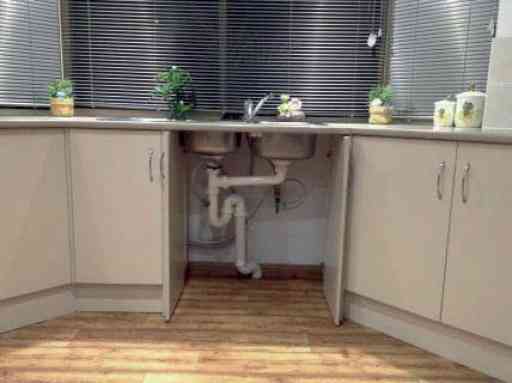 The laundry has a long benchtop and an inset trough without any cupboards underneath. While Vicky had the benchtop lowered to a height of 80cm, unfortunately she didn’t specify that she also wanted the taps lowered. With the benchtop lowered it’s not high enough for a washer or dryer to fit underneath so her washer is beyond the end of the bench and her dryer sits on top. If Vicky was to build again she would also specify that the drain pipe from the trough should go into the wall instead of down to the floor. 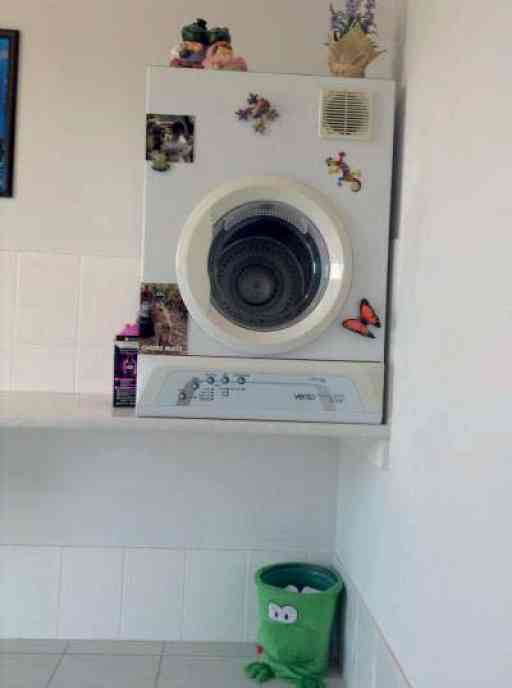 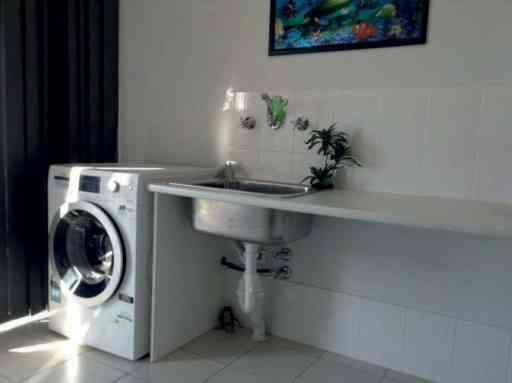 The entry to the house is extra large and has double doors which are 82cm wide each and the entry hallway is extra wide. 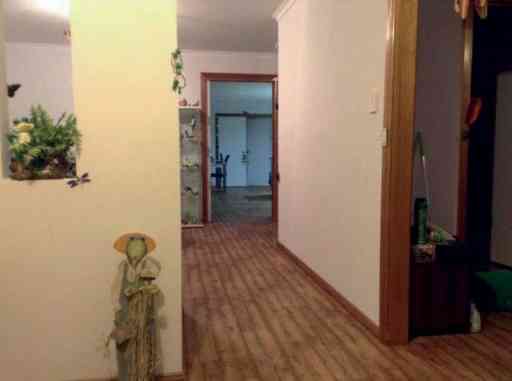 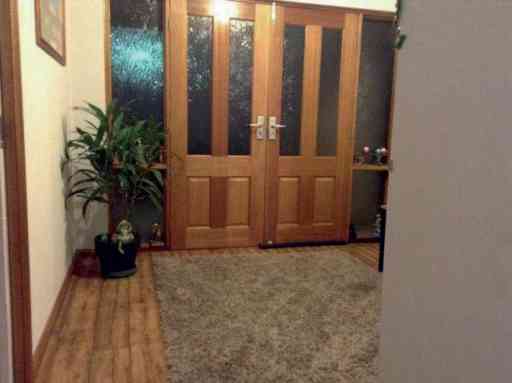