Matt is a C6 complete quadriplegic and he and his partner Katie built their current three bedroom plus study home in 2012. Some of their primary considerations and goals when designing their home included:

If Matt and Katie should ever build again they would use timber laminate flooring as polished tiles show up dust and wheelchair tracks. They would also have a longer overhang to the kitchen island bench as it’s a place where guests tend to naturally congregate. All doors are 820mm wide except for the front door and three cavity sliding doors, which are 920mm wide. 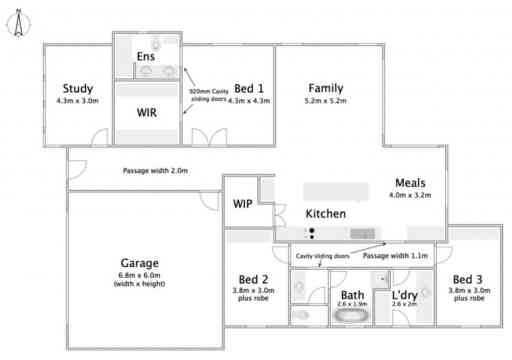 The ensuite is very large measuring approximately 3m x 2.3m. There’s a frameless glass shower screen and a strip drain has been used as it drains water away very quickly and (more importantly) means the floor only slopes in one direction, as opposed to a regular drain which would slope on the diagonal as well. This means a shower chair won’t “rock” while being used. Matt uses a mobile shower chair so he hasn’t needed to have handrails installed in the shower and next to the toilet. Inside the shower there is both a rain shower (mounted to the ceiling) and a hand shower. Both are controlled by the same mixer tap with a diverter button however sometimes it’s hard to activate the diverter button (or to forget to push it) which means an unexpected blast of cold water first thing in the morning. If he should build again, Matt said he would use two separate taps instead of a diverter button.

The drawers under the vanity don’t go all the way down to the floor to give Matt a little more foot space so that he can easily turn around 360° inside the ensuite. Despite that, Matt does wish that he’d selected semi-recessed basins as they would allow him easier access to the taps and basins.

Matt had an extra set of drawers mounted next to the toilet and he says they have proven to be a fantastic idea. 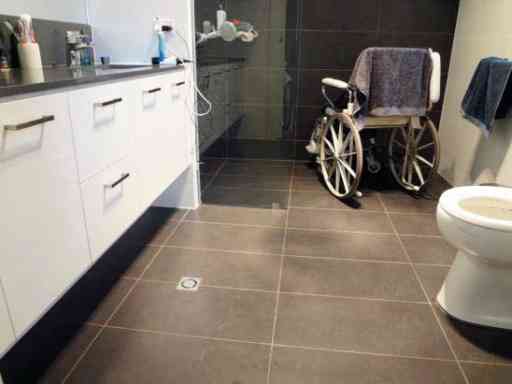 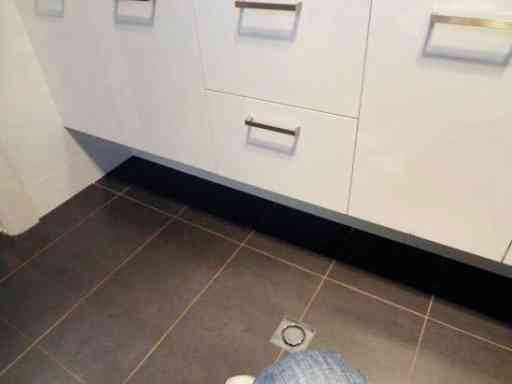 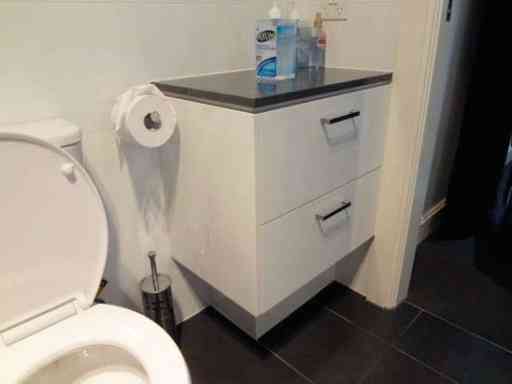 As Matt doesn’t do much cooking, the bench tops in the kitchen have been left at the standard height and there isn’t any provision for sliding a wheelchair under the sink or cooktop. However, there is a long overhang to the island bench which is a convenient place for Matt and Katie to have their meals. If they ever build again they will make this overhang even longer as guests tend to congregate here.

The gap between the island bench and the sink is 1.33m. Matt carefully calculated this distance to be wide enough that he can get past someone standing at the sink and turn 360° and get past an open drawer, yet at the same time narrow enough that if positioned between the sink and island he can pick up an object with one hand and place it on the opposite benchtop with the other.

The oven has a special door that folds down and then slides back into the base of the oven giving excellent access to the inside. There is also a pull-out bench underneath the microwave and a set of two pot drawers underneath. 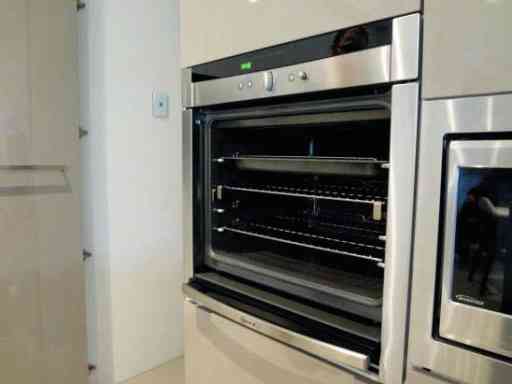 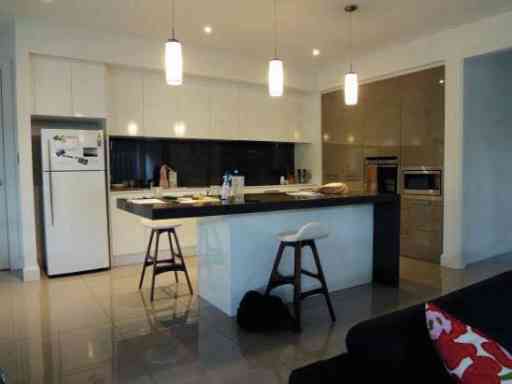 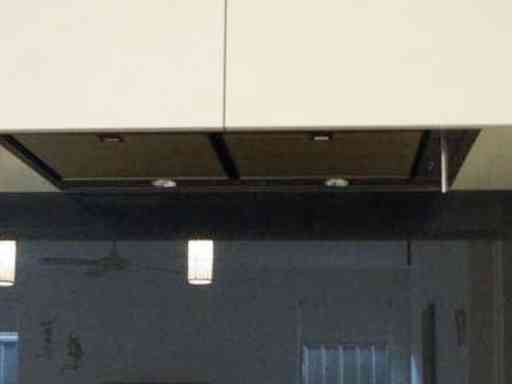 Matt and Katie selected a rangehood that has a lowered toggle control on the right side that Matt can reach - Matt loves this range hood as it’s the only one he’s ever been able to easily use. Unfortunately, the rangehood is quite deep which meant that the overhead cupboards had to be 450mm deep, rather than the shallower 300mm overhead cupboards that are typically used. This, in turn, means that Katie sometimes bumps her head on the overhead cupboards while washing up at the sink. This wouldn’t be a problem if the sink was situated on the island bench but Katie wanted to use the island bench as a cutting table for sewing which meant the sink had to be on the bench top against the wall. 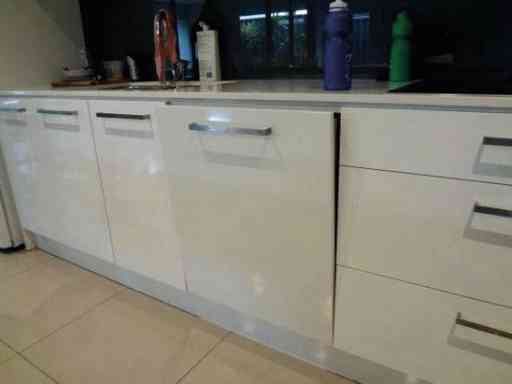 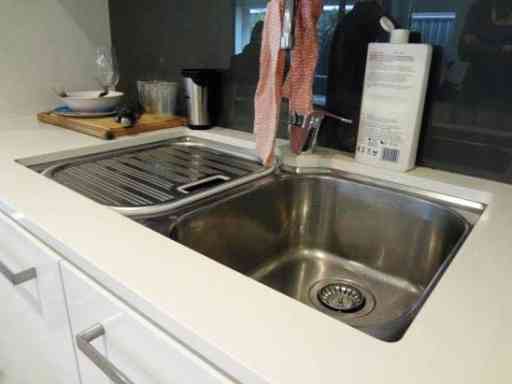 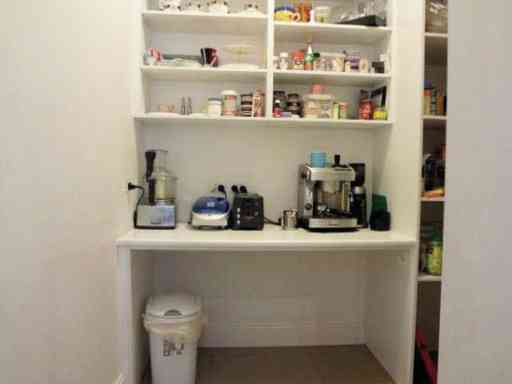 Matt and Katie planned their laundry so that it would be wide enough for Matt to be able to go through the laundry even if the washing machine’s door was open. They also specified a linen cupboard with sliding, rather than hinged, doors for ease of access.

Adjacent to the laundry is the 3-way main bathroom. By adding a lockable cavity sliding door (see the house plan) and ensuring that the toilet door is wide enough for a wheelchair to be able to fit though, the rear toilet can be used by a person in a wheelchair. 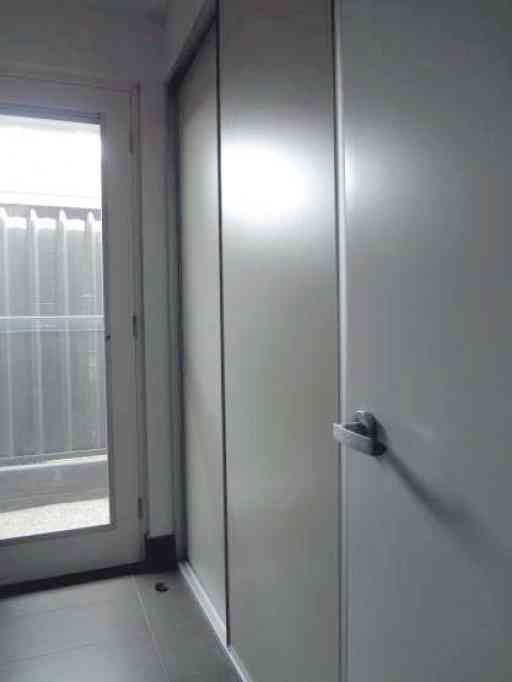 Matt and Katie added home automation via a partial Clipsal C-Bus system to make life easier. Lights, dimmers and fans to the main rooms can be controlled by an iPad or iPhone, as can the air conditioning system. There are also remote-controlled electronic door strikes to the front and study doors. The iPhone app allows a timed release to the front door to allow family or support workers inside without Matt needing to move. This means that when Matt arrives home, he can turn off the alarm, release the front door and push the door open with his feet without needing to get out his keys. Matt notes that it’s important to select an electronic door strike that opens under load - for example, on a day of strong winds or if people push on the door too quickly. Matt can also see in his app whether the front door has been properly closed by visitors or support workers and his front door will automatically lock if there is a power failure and there’s a manual release handle inside.

The master bedroom is positioned at the front of the house. An advantage is that if paramedics ever visit the house with a barouche, it won’t need to be manoeuvred through narrow hallways to reach the master bedroom. The master bedroom’s extra large size and double doors are luxury features that also happen to be very practical.

There is no step from inside the house out onto the alfresco area. Matt can place a glass of water on his lap and it won’t fall off when moving outside or inside.

The study has an electrically controlled awning section in the top part of the front window that Matt wouldn’t otherwise be able to reach. 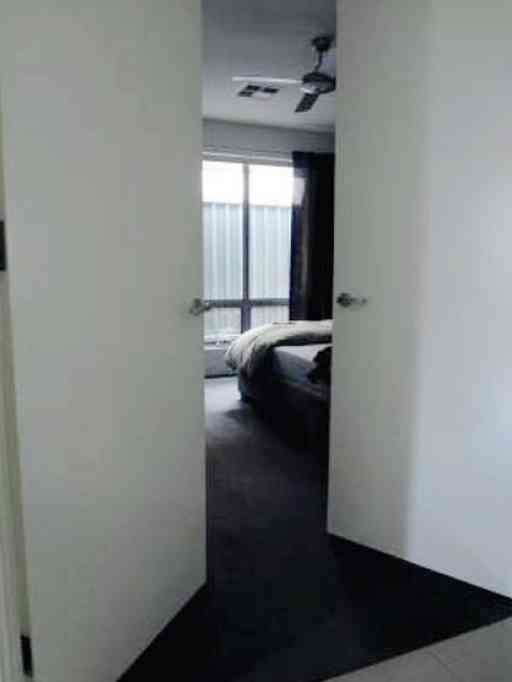 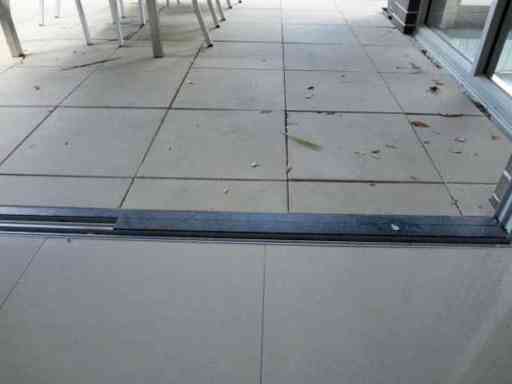 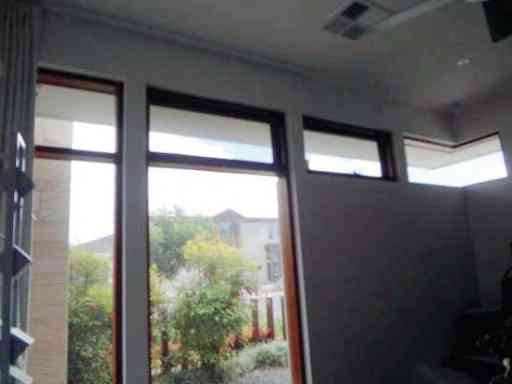