Craig Clarke is a C6 quadriplegic and uses a manual wheelchair. To help preserve his shoulders, Craig has a lifter in his bedroom and uses a mobile shower commode. Craig built his current residence in 1999 as a single-storey three-bedroom house with two bathrooms however in 2008 he got married and had his house extensively renovated and a second storey was added for the use of teenage children. Therefore, the house as it is currently was designed to be used both by Craig and his able-bodied wife. Craig doesn’t use the upper storey so this report will concentrate on the lower storey. 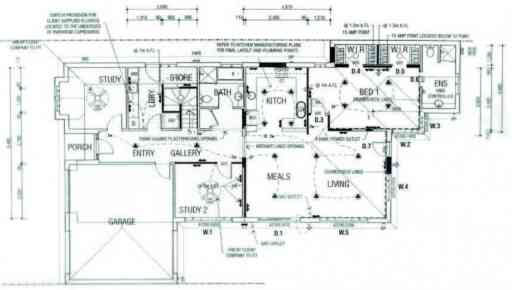 The ensuite is approximately 3.8m by 2.0m. The entry door is an 82cm wide cavity sliding door. (Most internal doors are the standard 82cm in width.) The vanity is approximately 2 metres wide and there is special plumbing under the basin to ensure that a wheelchair can slide underneath. There are drawers on one side and a pull-out bin on the opposite side. There is a strip drain underneath the vanity in order to allow the floor to gently slope downwards towards the vanity which means Craig’s wheelchair will not keep rolling away from the vanity while he uses the sink.

The shower and toilet are on the opposite side of the ensuite from the vanity. Again, a strip drain was used and the floor slopes down towards it to prevent the wheelchair rolling away on its own. There is an additional ‘shower on a hose’ to the left of the toilet in the adjacent photograph. This is used to hose down the floor in the toilet and shower areas.

There is a 10mm gap between the floor and the bottom edge of the shower screen to allow water to drain from the toilet area into the strip drain in the shower.

If he were to build again, the only change Craig would make would be to have the cabinetry extend a little lower so that the plumbing is completely concealed. 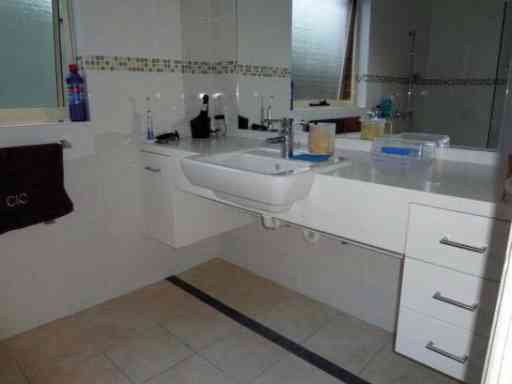 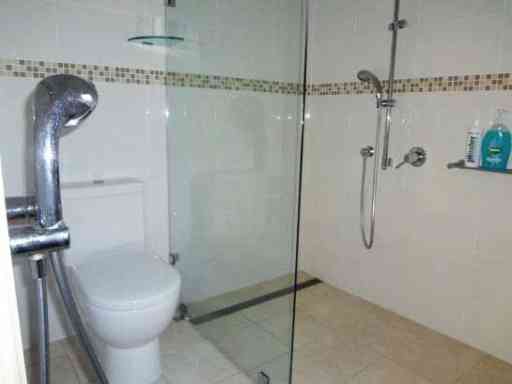 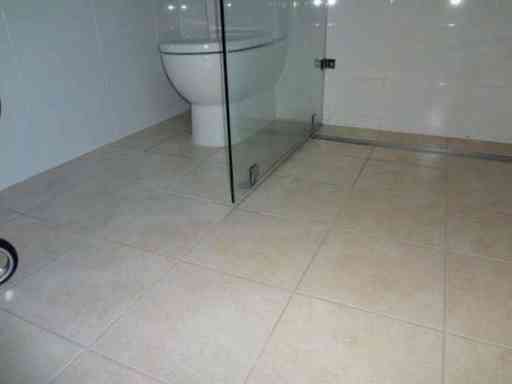 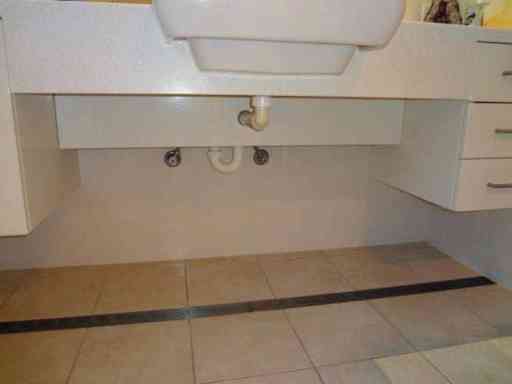 The master bedroom is extremely large, measuring approximately 6.0m by 4.0m. This space allows for the use of a permanent ceiling-mounted lifter. The floor of the bedroom is tiled however Craig would consider using timber or timber laminate if he were to build again as the tiled floor seems to make the room a little colder. Craig and his wife have his-and-hers walk-in wardrobes. 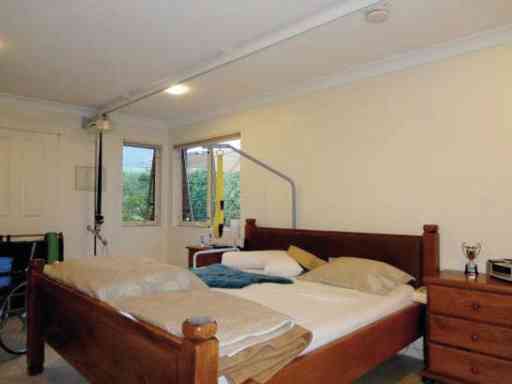 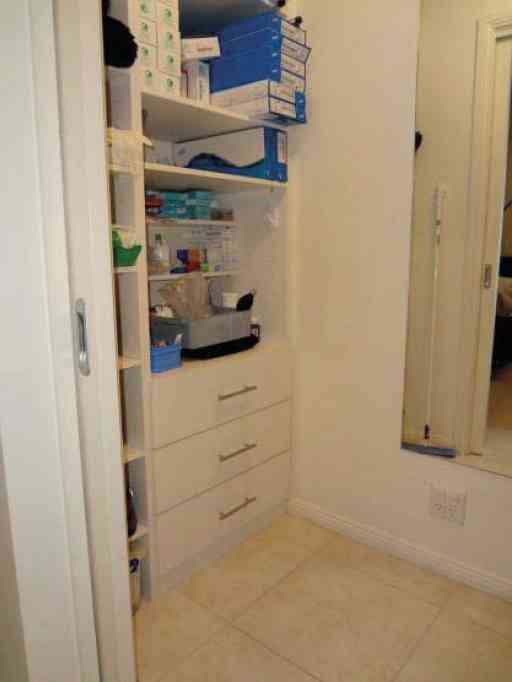 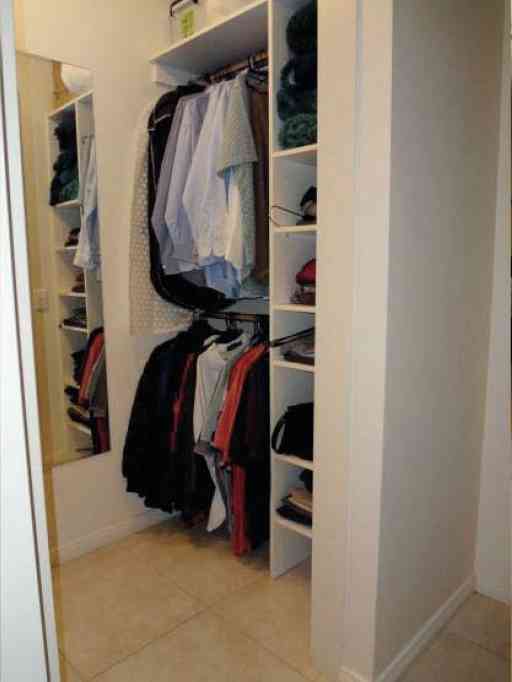 The kitchen is approximately 3.8m by 3.4m and is designed for use both by Craig and his able-bodied wife, although Craig doesn’t do a lot of cooking. On the right side of the kitchen the bench top is at the standard height and there is a double-bowl sink. Underneath that section of the benchtop is a slimline 45cm dishwasher. Craig has found that fullwidth dishwashers are more difficult to access due to the width of the open dishwasher door so he opted for a slimmer version. 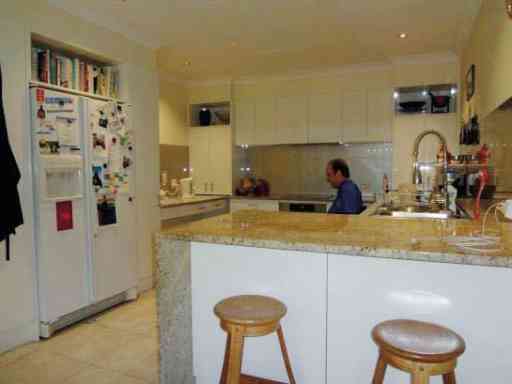 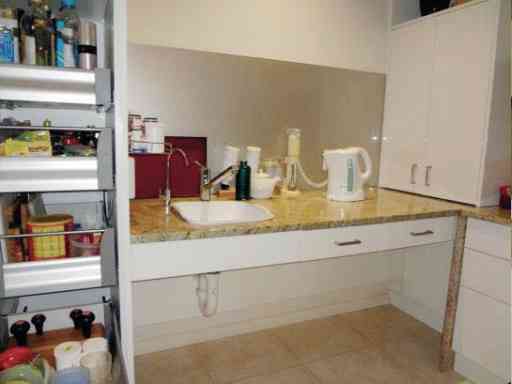 On the left side of the kitchen is a lowered section of bench top under which Craig’s wheelchair can slide. There is another sink here, along with some cutlery drawers. The sink has less depth than most other sinks and Craig notes that since he renovated his kitchen, it’s become very difficult to find sinks that are less deep than the industry standard. To the right, a microwave is concealed behind cupboard doors. To the left is a pantry with pull-out shelves. To the right is another section of lowered bench top with the cooktop and under bench oven. Craig doesn’t use the oven much but does note that a pyrolytic oven would be handy in an accessible home. 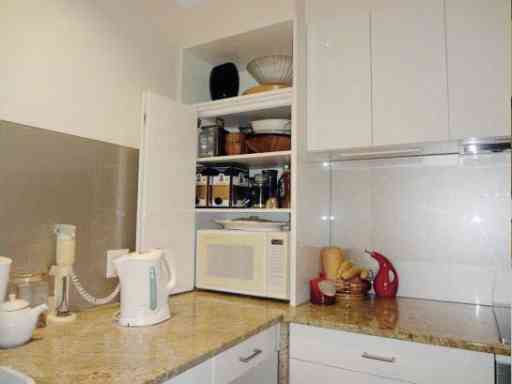 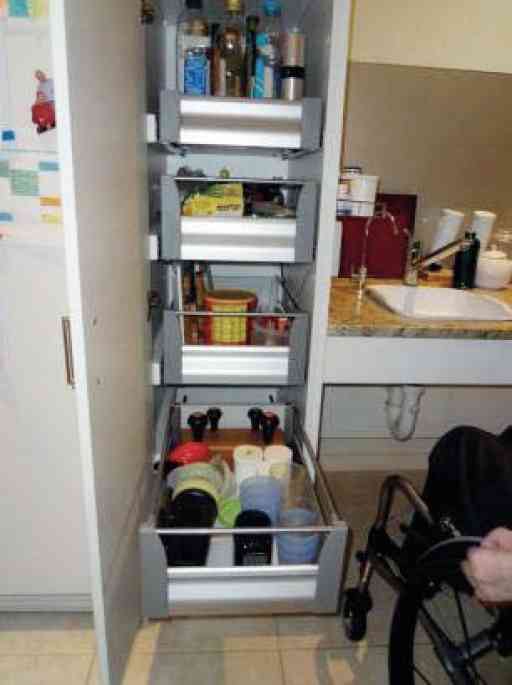 There is no wooden threshold under the front door and the tiled front porch has been built up to the same finished height as the tiling inside the home so the transition from the porch into the house is seamless. A weather-seal prevents water from entering the house. Note that there are horizontal handles on both the inside and outside of the entry door to make it easier to pull the door closed.

Some of the internal doors also have a horizontal handle on the ‘outside’ of the room to make it easier to pull them closed. Another option would be to install a ‘spring loaded’ doorstop that allows the door to be pushed against the doorstop and it will then ‘spring’ towards the closed position. 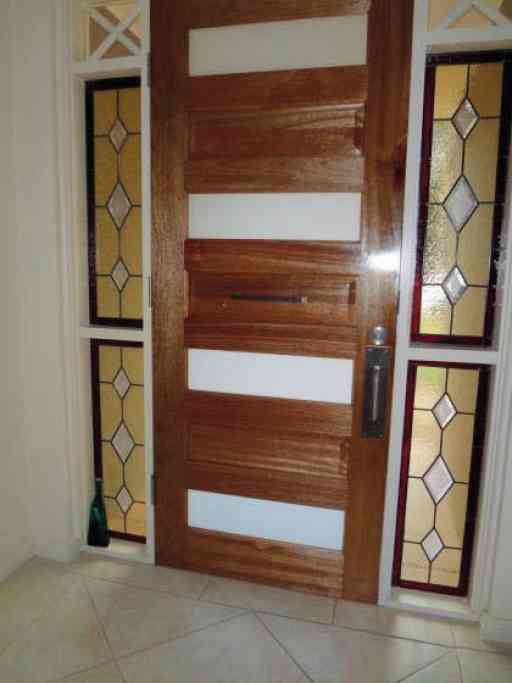 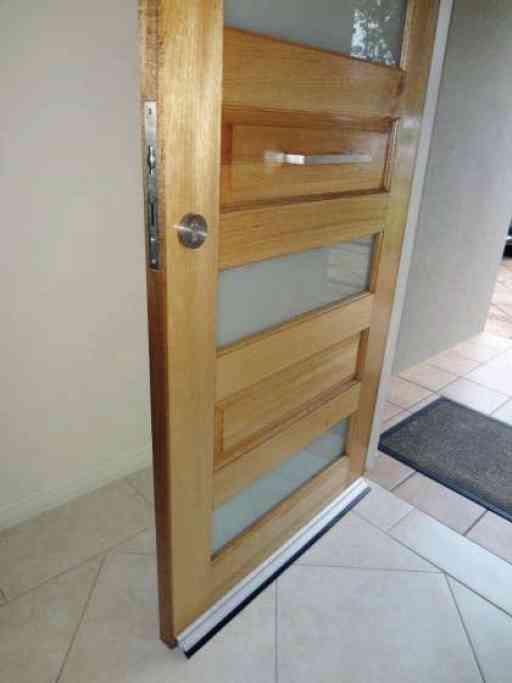 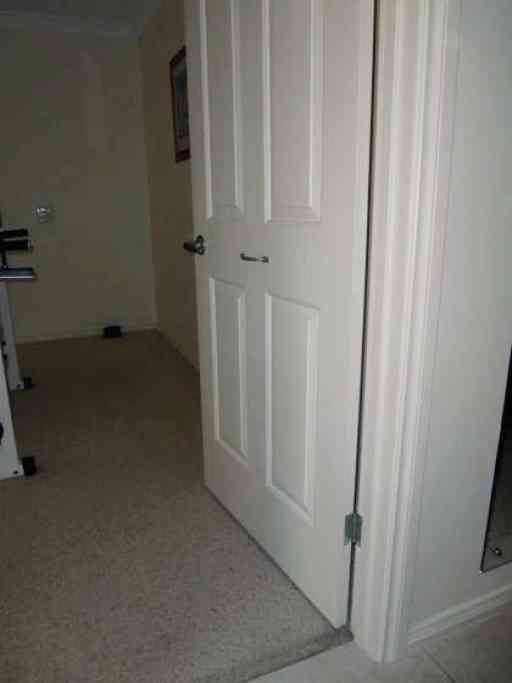 There is a tiled ramp to ensure a smooth transition from the garage onto the tiled interior of the home. 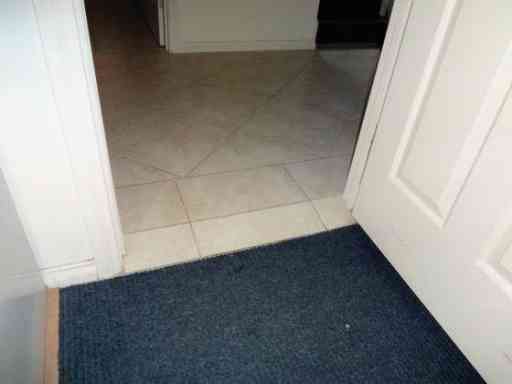 A wheelchair can slide under the laundry bench-top. In hindsight, Craig says that it may have been a good idea to position the washing machine on a low plinth to raise it to a height at which it would be more comfortable to load and empty. 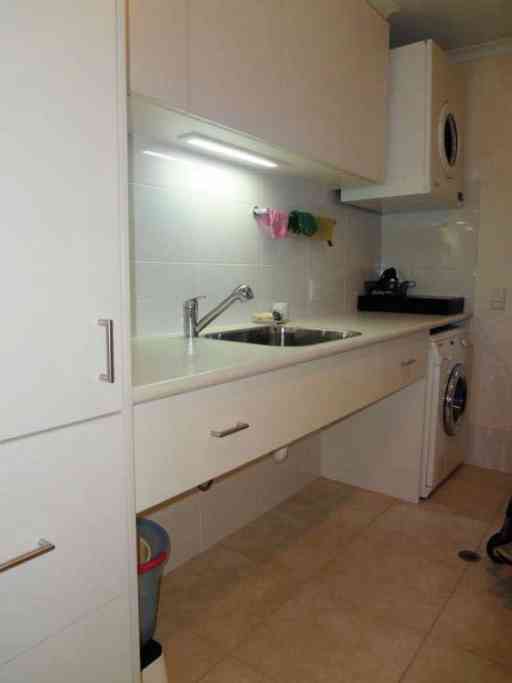